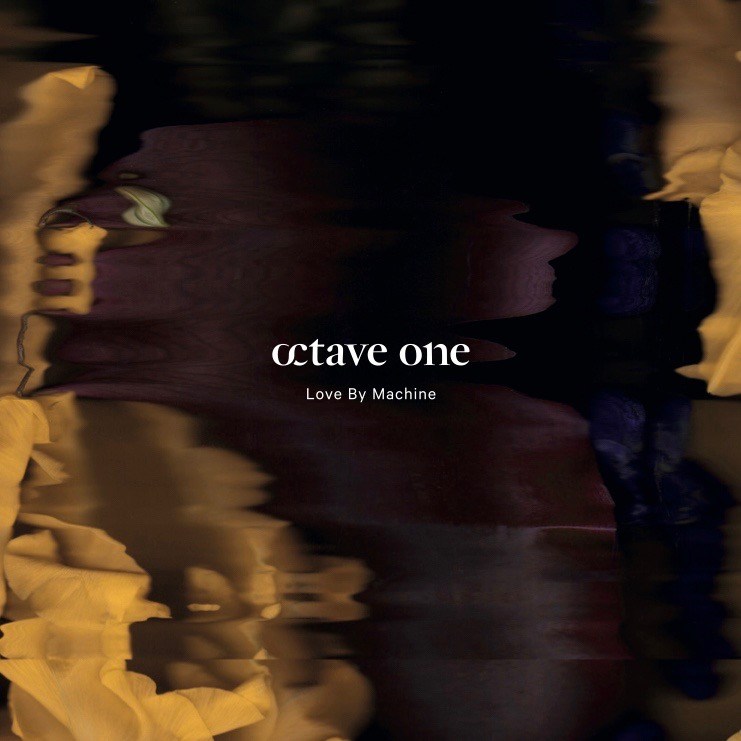 A year after their impressive last album Burn It Down, Detroit techno legends Octave One are back with a nine track double EP that again shows they are masters of big hypnotic grooves.

Entitled Love by Machine, the album's name is a nod to the fact that the Burden brothers are such revered masters of their hardware. Both in the studio, where they cook up atmospheric house and techno with soaring synths and vocals and also in the live arena, where they are celebrated as one of the most accomplished and forward thinking performers in the game today. That is all the more impressive when you bear in mind they have been active since the '80s, most often releasing on their own 430 West label, which is where they appear again here.

Say Lenny: "We've been exploring the theme of connection with this project. How technology gives us the illusion that we are closer to each other more than ever. At some point humanity crossed a line where the devices that we created to bring us together are the same devices that are blocking us from organic experiences."

"Technology is only a tool, which we also had in mind during the recording process." Adds Lawrence. "We decided to go back to how we used to make our records, when we didn't have so many 'sophisticated' audio devices. Back to when we interacted in the studio together as musicians."

Things open up with the loose metallic percussive line that is In Mono, which sets the machine made tone and is filled with promise. Locator then immediately gets to action with a gallivanting techno kick and various synth lines wrapping round each other as you get sucked into the groove. Just Don't Speak (Midnight Sun Redub) is a more deep and house leaning track with big feel good piano keys and slithering synths that will get hands in the air. Proving they have real range, 7 B4 Dawn is a moody and reserved cut with subtle acid pricks, hip swinging claps and a spaced out dead of night feel.

The second half of the album offers peak time business in the form of the spectacular Bad Love II, the whirring and cosmic Sounds of Jericho and the big loops and fluid grooves of [Where] Time Collides. Pain Pressure is a wonky number with big bassline and a focus on percussive patterns as well as some vocals with real attitude and last cut 8 B4 Dawn ends things in a downbeat and sombre way with sad chords and emotive strings. It is pure Detroit, much like the whole album, and rounds out another fine release from these most revered veterans.

To create a new account, simply fill out the fields below.

If you are already registered for other Databeats stores, you can use the same login to access this store.

To reset your password, please enter your registered email address.

Please choose below if you would like to receive marketing related electronic communications from Octave One, including news, events, updates, and promotional emails. You may withdraw your consent and unsubscribe from such emails at any time.